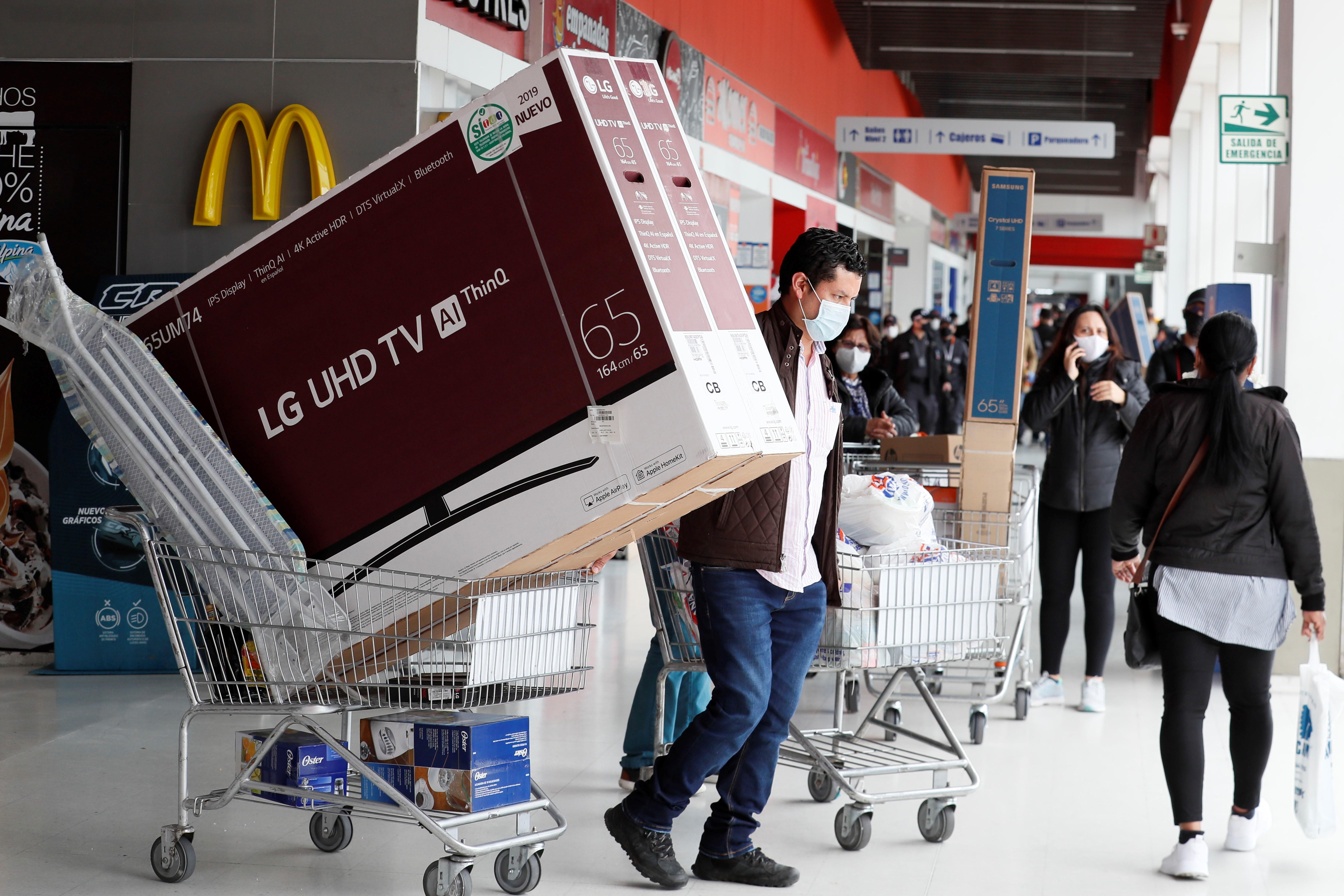 Although it has not been able to avoid staying as the city of Colombia with a greater number of cases, Bogotá has been cautious in its response to the coronavirus. That prudence is in check. At the end of its first week of returning to relative business normality, the capital faces two daunting challenges. This Friday was the first of the three days with sales without VAT (Value Added Tax) devised by the Iván Duque Government to encourage economic recovery, and on Sunday the traditional Father’s Day is celebrated. The most immediate antecedent is that of the Mother, last May, who triggered social indiscipline in the face of distancing measures.

Those days are a “double risk of an agglomeration and contagion being triggered,” Mayor Claudia López had been warning. “Let’s not forget that we are in the middle of a pandemic, not a party. If you don’t live with your dad the best gift is not to visit him and risk contagion. Better online shopping than face-to-face ”, he had advised the citizens of Bogotá. The chaotic images of lines and crowds in stores and malls in Bogotá and other Colombian cities unleashed, once again, their reproaches to the president. “Care in the midst of a pandemic is a decision of personal and collective life. With a lot of effort we have managed to control the speed of contagion and death so far, ”he lamented in one of several messages on social networks. “Increase sales and lower lives?” Asked another, holding the government responsible. In the whole country 85 agglomerations were registered throughout the day, according to the balance of the Ministry of Commerce.

Compared to other countries in the region, Colombia has managed to keep the pandemic under control, as Duque likes to highlight in his daily coronavirus program. However, several of the main cities have detected more intense outbreaks. The famous curve tends to be steep. The Ministry of Health reported this Friday 95 deaths, the highest daily number, and more than 3,000 positives for the second consecutive day. The country accumulates 63,000 infections and more than 2,000 deaths, of which Bogotá concentrates nearly 20,000 cases and 448 deaths. After a national quarantine that spanned more than two months, with the arrival of June the country entered a new phase with numerous exceptions, including wholesale and retail trade, and differentiated approaches by region.

The president, worried about recovering the “productive life”, maintains that he gave the “key of gradualness” to the mayors. And among the local leaders, he has not had a counterpoint similar to the one he has sustained with Claudia López. The country’s two main political figures have collaborated in the main, but they have done so between tensions. The mayor has interspersed thanks with sharp public criticism. A supporter of prioritizing the health and life of Bogota citizens, she has advocated a “gradual, sequential and safe” reopening. He recently appeared in several press conferences with the Minister of Health, Fernando Ruiz, in which they praised the prevailing cooperation. However, this week he had once again made recriminations against the Executive: “Duque sent people to the streets and to wash their hands with the mayors and governors.”

The capital, with more than seven million inhabitants, maintained a stricter quarantine. During the first half of June, it avoided opening new sectors – manufacturing and construction were already authorized – in addition to applying monitoring and screening strategies. Additionally, it kept watch on Corabastos, the largest supply center in the country, where there were outbreaks that affected both Bogotá and Cundinamarca, the department that surrounds it. And as part of the extraordinary measures, it also “closed” for two weeks the town of Kennedy, where more than a million Bogota citizens live, due to its high concentration of cases.

Two weeks late compared to other cities, Bogotá began its lack of control on Monday with a series of restrictions and biosafety protocols. With five million people on the streets, the most striking is the “pico y cédula”, which limits the possibility of entering the commercial premises that are part of the reopening according to the days and the last number of the identity document. Targeted quarantines are also maintained in five areas of the city (or Zonal Planning Units, UPZ, which group neighborhoods in a much smaller area than the localities).

The number of beds in Intensive Care Units available has been the main alarm signal, as occupancy jumped from 34% to nearly 60% in two weeks. For this reason, the district declared a hospital orange alert that allows it to take control of the 724 ICUs prepared to serve covid-19 patients in the city, regardless of whether they are part of the public or private system. The Ministry of Health has pledged to strengthen capacities with an additional 120 fans every 15 days starting next week. While the country expects a peak of infections in August, that of its capital is projected between now and July. A month in which the other two days without VAT are scheduled, while all eyes will be on the potential consequences, in contagions, of the first of those days.

– If you have symptoms, these are the phones that have been enabled in each country in Latin America

– Questions and answers about coronavirus