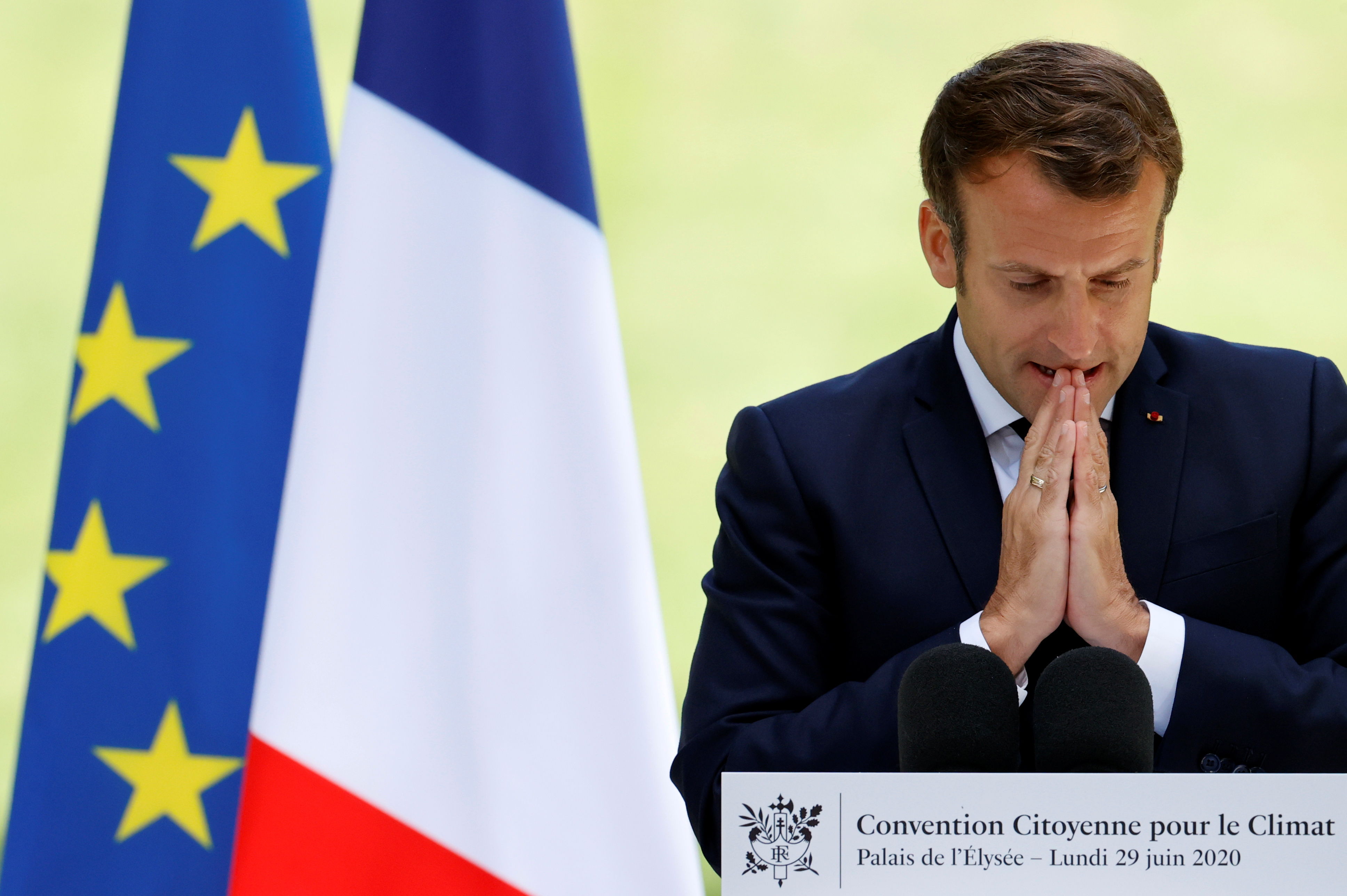 After the coronavirus, ecology. The first French elections after months of confinement have yielded a winner: the ecological forces. Projections after the schools closed indicated this Sunday that Europa Ecología Los Verdes (EELV) could govern in cities such as Lyon, Marseille, Bordeaux and Strasbourg. EELV participates in the coalition of the socialist Anne Hidalgo, re-elected in Paris. The record abstention and failure of La República en Marcha (LREM), the party of President Emmanuel Macron, mark a second round delayed three months by covid-19.

Neither populism nor the extreme right. In the postcovid-19 world, ecology is at the center of the French political debate. The factors that have led to the advances of the green candidates, in alliance with left-wing formations, are multiple. But they confirm a fundamental trend, that the coronavirus may have consolidated: the protection of the environment is a priority for many voters. EELV can govern some of the main French cities.

The ecologists, who ruled a single city of weight, Grenoble, disputed from this Monday to the weakened Socialist Party (PS) the leadership of the moderate left and far from the anti-system currents. And they put pressure on Macron to accelerate his promised green turn. LREM’s defeat is resounding: sunk in Paris, which until a few months ago was the first objective, and defeated in Strasbourg, where the polls gave him options, the president’s party can only show a significant victory in Le Havre, where he won the Prime Minister Édouard Philippe. But Philippe does not even work in the party and he comes out reinforced just when the President of the Republic must decide whether or not to keep him in office. For now, he will continue as head of government and will not occupy the mayor’s office.

As the count progressed, the ecologist lists added more and more cities, some unexpected, such as Bordeaux, fief of the center-right since 1947, and others of considerable political weight such as Marseille, where the conservatives had been in command for 25 years. But also Besançon, Poitiers, Tours … Names like Pierre Humic (Bordeaux), Michèle Rubirola (Marseille) or Grégory Doucet (Lyon), hitherto unknown on the national scene, will become figures to be reckoned with. It is also a half-hearted victory for the PS: in addition to Hidalgo in Paris, the historic socialist Martine Aubry retains Lille. Of the ten most populous cities in France, the ecological left will control seven. Toulouse and Nice are still in the hands of the right wing of Los Republicanos (LR). And in Lille, Aubry defeated an ecologist.

Some 16 million French were called in the second round of the municipal elections. Participation was around 40%, according to some estimates. The distance between the first lap and the second, the absence of rallies and campaign or other concerns in the minds of voters such as the virus, the economic recession or the upcoming holidays, may explain the fact. In the first round, on March 15, when the pandemic was already hitting France and 48 hours before the confinement of the country, the participation was 44.7%. And in the second round of the previous municipal elections, in 2014, 63.5%.

The second round would have had to be held on March 22. Criticized for maintaining the first, Macron announced on March 16 the suspension of the second and, in the same speech, decreed confinement, which lasted until May 11. The elections of this June 28 were to mark a certain return to normality in France, when freedom of movement is already complete, school attendance is again compulsory and bars and restaurants have reopened.

But a mid-morning visit to a polling station in Paris’s 15th district already showed that these elections were anything but normal. At the entrance to the Lycée Camille Sée was a bottle of disinfecting gel. The use of the mask was mandatory. “People respect gestures, they put on the hydro-alcoholic gel, they wear masks and many bring their own pens. We felt safer than on the first lap, “explained Louise-Agathe Charpentier, chair of table 4.” We are much better prepared. “

Of the 35,000 French municipalities, more than 30,000 have already elected the mayor in the first round, obtaining more than 50% of votes. In the rest —among them, the great cities of the country—, a second round was to be held, to which the lists opted with more than 10% of votes.

Macron, who declared himself “concerned” about the abstention, had discounted the defeat. This Monday, it will welcome the 150 citizens who met in October and June in a novel democratic experiment in France: the Citizen Climate Convention. The president will receive the document with his proposals and will pronounce a few words. He does not want to hand over the monopoly on environmentalism to EELV and its allies on the left.

In the coming days, he could announce a change of government and perhaps of the prime minister, a move that would mark the beginning of a new stage in French politics after the pandemic. A scoping speech is also expected with the program for the final stretch of his term. The race for the 2022 presidential race started this Sunday night.

Perpignan, the largest city under the control of the extreme right

Louis Aliot, who was the right hand man of ultra leader Jean-Marie Le Pen and partner of his daughter Marine Le Pen, will be the next mayor of Perpignan. After 50 years, Aliot obtained, according to projections after closing the polls, 53% in the municipal second round in the Catalan-French city compared to 47% of the mayor and center-right candidate, Jean-Marc Pujol.

Perpignan, with 120,000 inhabitants, thus becomes the largest French city under the control of the extreme right, which ruled in Toulon in the 1990s. This victory makes up a mediocre result of National Regrouping (RN) in the whole of France, but allows Le Pen’s party to score a symbolic victory that can have lessons for the rest of the country.

Aliot has broken the so-called republican front, the traditional union of the rest of the parties and their voters to stop the extreme right. He has achieved this by presenting a little controversial program, filing down the shrillness, talking about economy and security rather than immigration or Europe, and offering a pragmatic attitude. He has also been fed up with Pujol, mayor since 2009 and formerly collaborating with councilmen Jean-Paul Alduy and Paul Alduy, son and father who ruled the city since 1959.

“It is a work of great encouragement that culminates in a great victory”, celebrated Marine Le Pen, who added that the city will demonstrate the management capacity of his party. It is the end of the anti-republican front, which consisted of seeking the defeat of the National Rally only because it was a National Rally ”, added Le Pen. The paradox is that, although in the second round of the 2017 presidential elections, he obtained more than 10 million votes, and although he won the 2019 European elections, he barely governs a dozen of the 35,000 French municipalities and in the National Assembly does not even have a group own parliamentarian.

Perpignan is a laboratory of the de-diabolization strategy that Marine Le Pen launched when taking the reins of the National Front, founded by his father and a handful of supporters of the collaborationist regime with the Nazis of Marshal Pétain and the cause of French Algeria . This strategy seeks to clean up the image of the FN (now RN) as a formation of the rancid extreme right and make it an acceptable party for more moderate voters. It has worked in the capital of the department of the Pyrenees-Orientales.