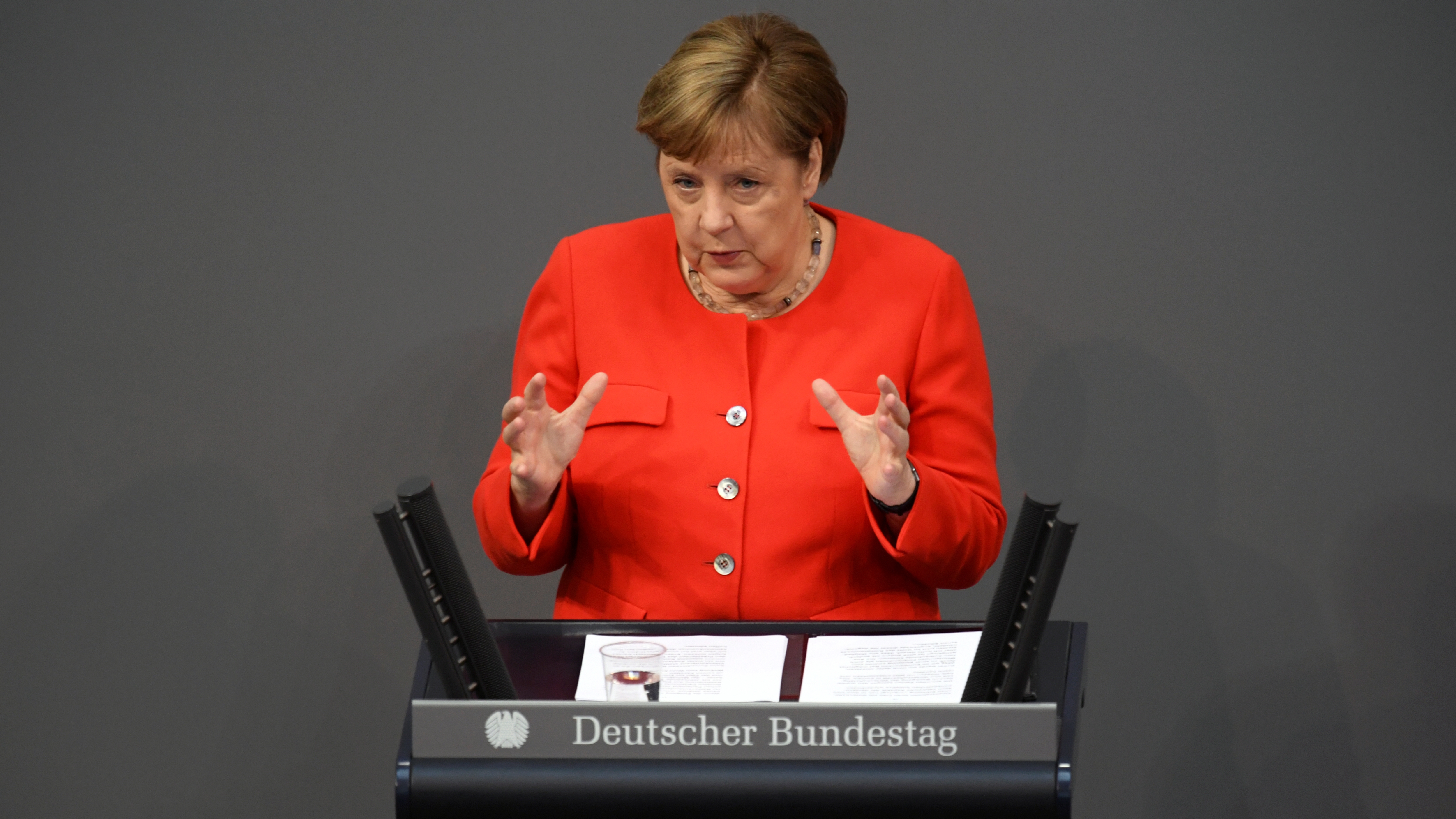 Germany, the power de facto In Europe, he assumes from this Wednesday and for six months the current presidency of the Union. Berlin takes the helm at a time when exceptional challenges are mounting. When the Twenty-Seven wage an unprecedented battle against a pandemic that cracks the continent and plunges it into a deep economic recession, and in the absence of a vital post-Brexit pact with the United Kingdom. He also does it, hand in hand with Angela Merkel, the policy that is at stake in his legacy in the final stretch of his fourth and last term.

These days Merkel exhibits a burning Europeanism and unusual emotion in this phlegmatic policy, which perceives the pandemic as “the greatest challenge in the history of Europe”. He did so recently during the presentation of the priorities before the Bundestag, where he did not hide his concern at the nationalistic reflections that the health crisis initially caused and at the advance of the “radical and authoritarian” forces, ready to capitalize on the social and economic ravages that leave the pandemic in its wake. “Europe is vulnerable,” he warned.

The chancellor repeats these days that it is no longer enough to continue as before, that only with extraordinary solidarity between the partners of the EU will the fissures prevent large insuperable cracks. “Cohesion and solidarity in Europe have never been so important before,” he recently told the Bundestag. And therein lies the Franco-German drive for a reconstruction fund financed by a joint debt issue. That plan would have been difficult to accept in other circumstances by Merkel and her party, as well as by a large part of German public opinion.

But now, almost nothing is like before. “The world will be different after the pandemic. So it is even more important to invest in the future now, in the great challenges, “Merkel said Monday, after meeting with French President Emmanuel Macron near the German capital. Berlin aspires to turn this monumental challenge into opportunity. In other words, to make it serve as a transformative lever to unite the Union and make it more resistant to future crises and also more capable of speaking with one voice in an increasingly hostile outside world. Greater sovereignty from multilateralism and greater autonomy in strategic sectors such as health, whose deficiencies the pandemic has exposed. The transformation passes, in Berlin’s eyes, through an irremediable greening of politics and the economy, which must also advance in the digitization process.

Those are the major lines that will land over the next few months on the calendar of the German presidency and that will be divided into three parts. The first will be dominated by the creation of the European Recovery Fund and by the accounts of the EU budget framework for 2021-2027.

Merkel has set herself the goal of closing that stormy deal by July 31, but the resistance of some partners, led by the Netherlands, to creating a € 750 billion fund can be complicated. Berlin fears that the haggling will drag on and invade the entire presidential semester, so it redoubles the pressure to reach a pact.

After the August break, Germany intends to undertake the negotiation of the trade agreement with London that should regulate coexistence with the United Kingdom after Brexit. The first semester has ended almost without progress, both due to the slowdown of the pandemic and the resistance of the Boris Johnson government to advance. Berlin will try to accelerate the process in the autumn to reach an agreement before December 31, the date on which the transitional period agreed after the United Kingdom’s departure from the EU on January 31 expires. Without an agreement, on January 1, 2021, there would be a total breakdown comparable to what a Brexit without an agreement would have supposed.

If the budget debate and the Brexit debate are cleared, Germany plans to dedicate the final stretch of his presidency (November-December) to the future migration pact, even knowing that he will not be able to close it and must leave the file to Portugal, which will take over January 1st. The German Government aspires, at least, to close a calendar with the steps to be taken to reach a common migration and asylum policy that avoids crises such as the one of 2015, when the entry of some 1.1 million refugees caused the reintroduction of internal border controls in the Schengen area that are still in force.

The scheme proposed by the German presidency is, however, subject to many questions. The most evident is the impact of the pandemic, which will force to hold telematically a large part of the dozens of meetings, councils and summits that a presidency entails. Berlin is confident that the summits of heads of government can be face-to-face, but those of lesser rank will have to be held many times by videoconference, which limits their effectiveness.

The pandemic has claimed, for the moment, the EU-China summit that Merkel intended to make one of the highlights of her second and last EU presidency. The appointment, in September in Leipzig, has been postponed sine die. And although Berlin does not rule out recovering it, both the virus and the growing deterioration of the relationship between Brussels and Beijing makes it difficult to carry it out successfully. Merkel’s semester also coincides with the US elections, with the possible reelection of Donald Trump as Damocles’ sword over the damaged transatlantic relationship.