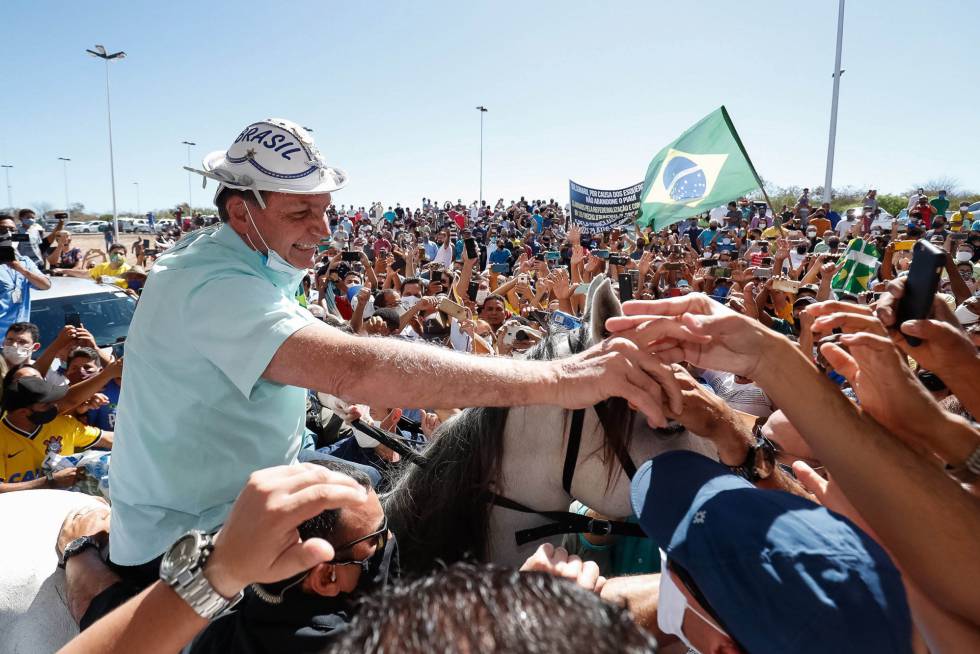 Brazilian President Jair Bolsonaro announced on Saturday that he has tested negative for a new coronavirus test, a disease that was diagnosed on July 7. “RT-PCR for Sars-Cov 2: negative. Good day everyone ”, he has written on his social networks with a photo in which he appears smiling and with a box of hydroxychloroquine in his hand.

The president claims to have used this medication, which has no scientific endorsement. “We know that it has not been scientifically proven, but with me it has worked. There is no medication in the world that has been scientifically proven. It has worked with me and with many people, and many doctors say it does, “Bolsonaro said in the last week. The Ministry of Health accumulates more than four million pills of the medication and continues to use the use of chloroquine in the initial stage of the treatment of covid-19 in Brazil. Bolsonaro has been since he was positive giving video conferences at his official residence in Brasilia, where he remained isolated. The president claimed to have met only with people who had already been diagnosed with the coronavirus, a disease that Bolsonaro had already branded as “influenza.” This was the President’s fourth exam after contracting the disease. In the other three analyzes, the president tested positive for the new virus.

After announcing that he was already cured, the president has gone out for a motorcycle ride this morning, escorted by the presidential convoy. He has also visited a store in Brasilia for a few minutes, where he has checked his motorcycle and talked to several people. In the store he wore a mask and has only taken it off to put on his helmet and drive out of the place. However, last Thursday the president was seen without his face masks talking to street sweepers outside his residence in Brasilia. An attitude contrary to the instructions of the health authorities, which recommend the use of some type of protection to prevent contagion.

Since the pandemic began, Bolsonaro defends that there is excessive alarmism about the coronavirus and that the country also needs to take care of its economy – paralyzed by isolation measures – supporting a reopening of activities. Brazil is today the second country most affected by the epidemic in the world, behind only the United States. According to the latest official balance, the Latin American country accumulates a total of 85,238 deaths and exceeds 2.3 million cases.

– The coronavirus map: this is how cases grow day by day and country by country

– Questions and answers about coronavirus

– Guide to action against the disease

– If you have symptoms, these are the phones that have been enabled in each country in Latin America.