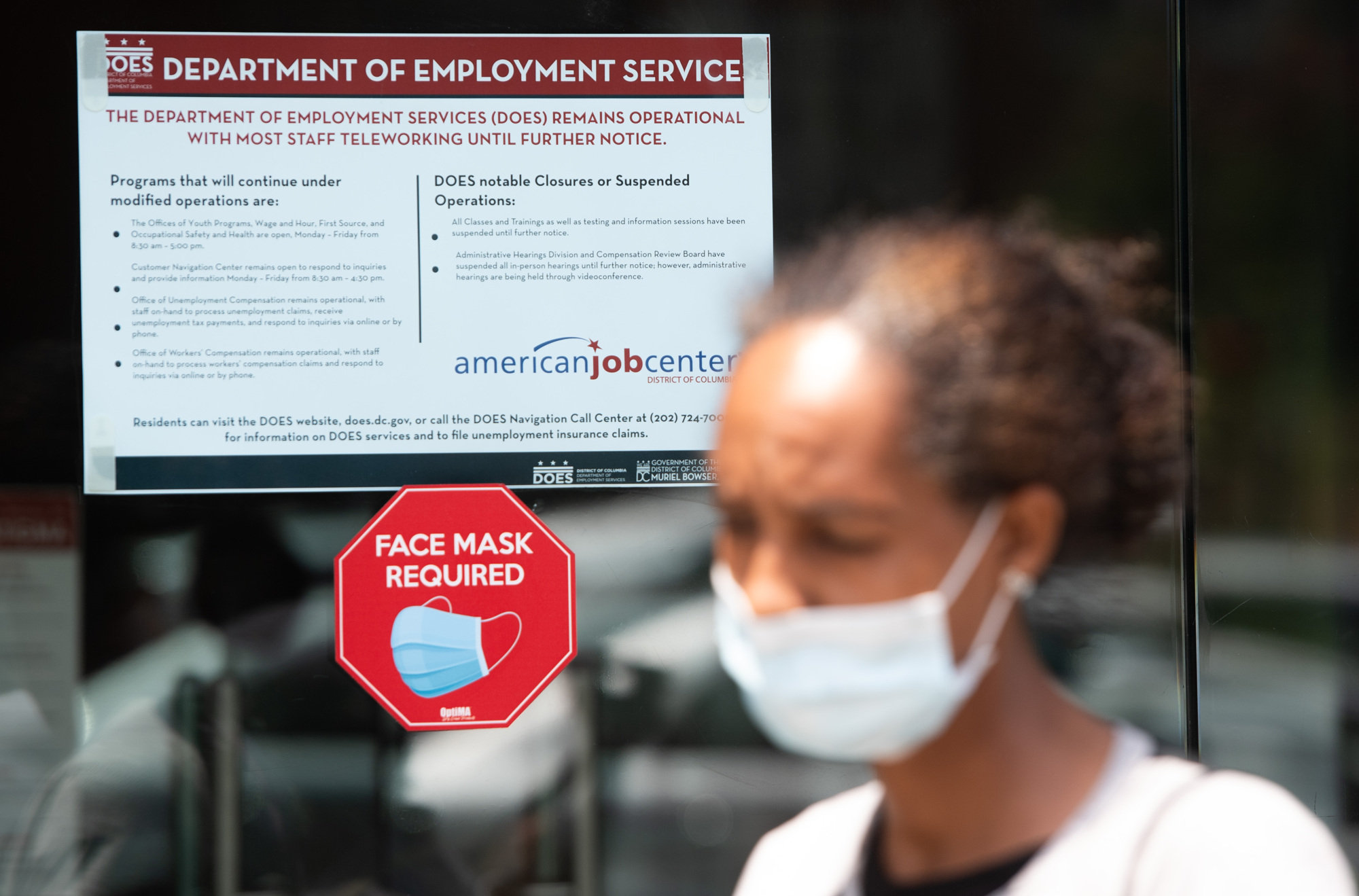 The impact of the coronavirus pandemic this spring caused the biggest contraction in the US economy since records exist. GDP fell 9.5% in the second quarter of the year from the previous three months, according to data released Thursday by the Commerce Department. In annualized rate it supposes a fall of 32.9%. It is an unprecedented collapse of the economy, both in size and speed.

The new figures show that the greatest damage occurred during April – the hardest days of the closure of the economy due to the pandemic – while in May and June some businesses began to open. Despite the opening in recent weeks, employment has stagnated and some losses are still seen while the threat of a second closure is latent.

“They are the worst data we have ever seen,” says Jared Bernstein, a specialist at the Center on Budget and Policy Priorities, a center that analyzes the impact of government budget policies. “Although there is a slight recovery, it still feels like a recession for many,” adds the expert.

The data, somewhat better than analysts expected, is known just the day before the expiration of the supplementary unemployment benefits for the 17 million unemployed, a record figure that has been reached due to the slowdown in economic activity by the coronavirus. Negotiation of a new set of aid is paralyzed on Capitol Hill by disagreements between Republicans and Democrats. Congress has already injected trillions of dollars to try to mitigate the economic impact on businesses and homes of a pandemic of which the United States has become a global epicenter.

US lawmakers approved an aid program in May that gives the unemployed $ 600 (just over 500 euros) a week. Democrats insist that aid stay the same in the coming months and that the program also support states. However, Republicans have proposed a proposal with fewer public resources in which unemployment benefits are 200 dollars (169 euros) per week and in which small businesses are supported, as well as companies through tax benefits. . Given the fall in consumption, government aid has become a support for the economy to get going.

The effects of the closure of the economy due to the advance of the coronavirus in the United States have begun to be reflected more clearly in other indicators. At least 1.43 million people have registered with the Department of Labor as unemployed in the last week. The information has not been less than a million for 19 weeks, which indicates that despite the fact that various sectors of the economy have started opening in recent weeks, some of them did not survive the closing.

The fear that the pandemic will continue to grow rapidly is latent. As of Thursday morning, 4.4 million cases have been recorded and the death toll from covid-19 has already reached 150,700, according to data from Johns Hopkins University. The rapid pace of the pandemic has intensified, mainly in the States of Florida, California and Texas. On Wednesday, the Federal Reserve (Fed) warned that the economic recovery in the United States is conditional on the advance of the virus in the country. Central bank executives fear that the increase in the number of infections and deaths will lead to an inevitable second shutdown of economic activity.

The figures of this Thursday show the slowdown of various sectors in the months of April and May, which have gradually started their activities in the last month. Jerome Powell, president of the Fed, assured that a third of the jobs that were lost during the pandemic have been recovered with the timid opening. And that sectors such as aviation and hotels have begun to see a slight recovery that will boost the economy in the coming months.