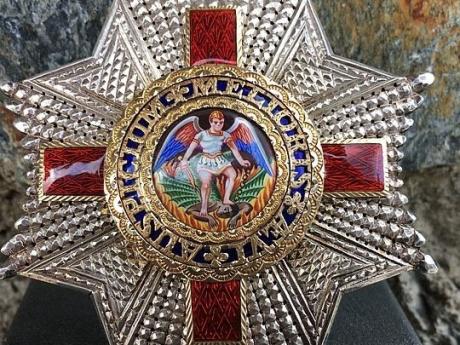 The proliferation of statues adorning the British landscape has so far given the false feeling of a country at ease with its history and with itself. Tearing down a public monument, conservative politicians believed, was a crime against law and order rather than a political message requiring attention. The movement Black Lives Matter, with unexpected force in the UK, it has misplaced Prime Minister Boris Johnson, who is hesitating between pleasing those who demand justice and those who demand firmness; between proudly proclaiming the undeniable ethnic diversity of the country or recognizing the manifest inequality that continues to exist.

“The United Kingdom is not innocent,” proclaimed some of the banners raised by tens of thousands of protesters who flooded major cities over the past weekend. The immediate reaction of many politicians was astonishment at the virulence of protests that, in theory, responded to what happened thousands of kilometers away, on the other side of the Atlantic. They did not understand that the drop that fills the glass does not necessarily have to fall from the same tap. In recent years, a series of chained and tragic episodes have revealed that the United Kingdom is not the idyllic space for multiracial coexistence that many wanted to think about. “I honestly believe that we are a much less racist society than we were decades ago, and in many ways better and happier. But we must also be honest in acknowledging that much remains to be done in eradicating prejudice and creating opportunity, and my Government is leading that effort, ”Johnson said in a belated reaction to the protests. Before, he had emphasized, through a tweet, the part of “vandalism” that had been seen on the streets.

The Prime Minister has released his public statement, written and later read by himself in a video, through the magazine The Voice, the alternative medium promoted by young journalists from the Afro-Caribbean community in the early 1980s. June 22 marks the 72nd anniversary of the arrival on the British coasts of the Empire Windrush, the ship that carried the first wave of immigrants from the former West Indies colonies. Antilleans to fill the labor shortage the UK suffered after the war. “Windrush Scandal” was the name given to the episode that occurred during the time of the former Prime Minister, Theresa May, which ended with the resignation of her Interior Minister, Amber Rudd. Dozens of British Afro-Caribbean citizens who never obtained official documents were deported to a land that in many cases they had never stepped on in their lives, and were denied basic rights such as that of health.

In 2017 the Grenfell Tower, west of London, burned in flames. Most of its more than 70 victims were black people who were later difficult to identify because they did not exist for the official census. At the height of the coronavirus pandemic, the National Statistical Office noted that ethnic minorities were at almost three times the risk of dying from the disease than the white population. The Johnson government expressed amazement and concern over the data, and asked for time for science to find an explanation. As if who was driving the buses and subways was no longer in sight, was on the front line of basic services, lived more crowded in social housing or crowded the country’s prisons in disproportionate numbers.

“Today we launch a new commission that will review and improve the diversity of London’s public monuments. We must commemorate the achievements and diversity of our entire city, and that includes questioning some legacies that are still being celebrated, ”announced the Labor mayor of the metropolis, Sadiq Khan, a Muslim descendant of Pakistani immigrants. The politician has taken the lead in a widespread overhaul of public statues. This Tuesday, work began to remove the statue of Robert Milligan, in East London. Protesters had flooded with graffiti hours earlier the memorial to the Scottish merchant, who made a fortune from human trafficking and was one of the main proponents of the West Indies Quays. At least 30 statues across the UK commemorate characters who were associated with the profitable slave trade. The first to fall was last Sunday that of Edward Colston, in the center of Bristol. The protesters used ropes and cables to bring down the seventeenth-century hero who populated the city with hospitals, schools and cultural centers, but who was also responsible, at the helm of the Royal African Company, for more than 80,000 adults and children. sold as human merchandise and another 20,000 ended up devoured by sharks. The lukewarm reaction of Labor opposition leader Keir Starmer – “It should have long since disappeared” – or even police superintendent Andy Bennett – “I understand what happened. It was symbolic” – showed the discomfort of a crisis supervening who has caught by surprise the establishment British.

Hundreds of students demonstrated in Oxford on Tuesday demanding the removal of the statue of Cecil Rhodes, the founder of the former colony of Rhodesia in southern Africa, from the facade of Oriel College., of which he was a student. More than 20 councilors of the historic city have added their signature to the manifesto #RhodesMustFall, that claims the disappearance of the monument. A similar movement has arisen in Edinburgh, demanding that the statue of Henry Dundas, who politically maneuvered to delay the abolition of slavery, be removed from the urban landscape. Even in Derbyshire, some neighbors have gathered to “save” the head of a black individual who adorned the pub entrance from popular anger The Greenman and Black´s Head, after the city council had announced its intention to withdraw the puppet as up to 28,000 citizens had claimed with their signatures.

The irony of everything that happened, and also shows the confusion in which Johnson is immersed, lies in the fact that he has put his interior minister, Priti Patel, of Pakistani origin, but a symbol, in the front line to combat street hooliganism. of latent xenophobia in the Conservative Party of the Brexit era. “To the criminal minority that has subverted this cause [la lucha contra el racismo] With his vandalism, I simply tell him: your behavior is shameful and you will face justice, ”he said in the House of Commons.